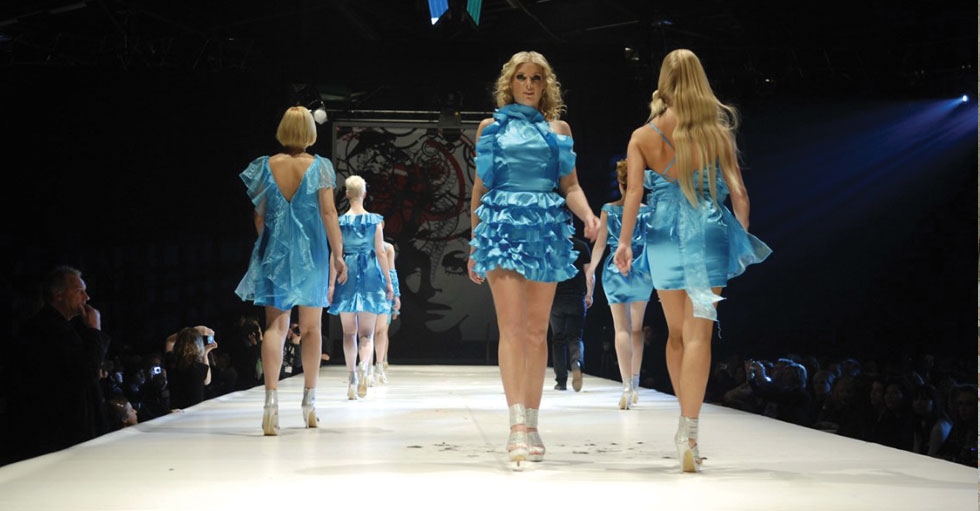 Take notes! You will see so much and talk with tons of vendors that you may be left confused and wondering which vendor you spoke with that had that perfect deal that you wanted to follow up on.

You can put deposits down to hold your wedding date.  This is so important!  If you like a particular vendor, do not wait another day! Book it!  If you don’t they may not be available when you finally decide.

You will also be able to take advantage of the show discounts.

Swatches of your colors

So the vendors can have a clear idea of what you may need.
While you are at the show

Wedding Professionals are at the show to answer all of your questions.  This is not the time to be shy! Ask details about their product or services and the show packages they may be offering.

Make it a Girl’s Day Out!

Bring your wedding party & friends…They will feel a lot more involved in your Special Day.

____Consult with a wedding planner.

____ Decide on style of your wedding.

____ Decide how expenses will be shared.

____ Reserve reception location as soon as you have set the date.

____ Start shopping for your wedding dress and headpiece.

____ Discuss where you will live after the wedding.

SIX TO NINE MONTHS BEFORE

____ Send your engagement announcement to the newspaper.

____ Select and book photographer and videographer.

____ Select and reserve rental equipment for ceremony and reception.

____ Select a travel agent and start planning your honeymoon location.

THREE TO SIX MONTHS BEFORE

____ Confirm all contracts and services with the professional hired.

____ Make appointment with your hair stylist on the wedding day.

____ Get blood test and marriage license.

____ Complete shopping for your trousseau.

____ Have wedding and engagement rings taken to jeweler for attachment and cleaning.

____ Maintain records on gifts received and send thank you notes out immediately.

Pick-up of any last minute items

____ Pick up wedding rings and make sure they fit properly.

____ Final confirmation of all services.

____ Provide wedding party and guests a map and timetable for rehearsal, ceremony and reception.

____ Determine what to do with floral arrangements after reception.

____ Send thank you notes as soon as possible after the wedding.

____ Have bridal gown cleaned and preserved.

____ Change your name on ID and important documents.

Congratulations! You are beginning one of the most exciting times of your life. The next few months will be filled with planning and parties honoring you and your fiancé. It is only natural to want to share your joy with family and loved ones, beginning with the announcement of your engagement.

Although it is not necessary to follow strict rules of etiquette regarding your announcement, here are a few appropriate guidelines to follow.

Both of your parents should be the first to know. If they live out of town, try to schedule personal visits to make the announcement. If your parents have never met, plan a special occasion to get acquainted. Host an informal picnic or make reservations at your favorite restaurant. This presents an opportunity for them to discuss the role they want to play in the wedding.

Next, share your exciting news with the remainder of your friends and relatives with personal phone calls and notes. Your engagement provides a wonderful occasion for a gathering or party. The party can be hosted by you and your fiancé or your parents.

Finally, Go to MidMoBrides.com and submit your engagement FREE!  You may also want to prepare an announcement for your local newspaper. There is a charge so you will want to contact the society editor of your paper to learn their specific procedures. Make a duplicate copy to be sent to your fiancé’s hometown, if different from yours. If you are including a photograph, make sure it is a black and white print. Identify the print with your name, address and phone number to insure its return. You may also email your photo if you have your photos accessible through your computer.

The style of your wedding is reflected in the invitations and stationery you choose. The invitation sets the tone of the wedding, so take the time to select them carefully.

Once you have prepared your guest list, you can begin looking for invitations. There are many stationers and specialty printers who can offer you special assistance with the proper wedding etiquette.

There are many exciting invitation styles to choose from traditional, contemporary or custom designs. You will find a wide variety of paper choices, ranging from the traditional white to a rainbow of pastels. Engagement photographs and monograms are just two ideas that can add a personalized touch. Your stationer will no doubt have several catalogs from which you can choose. Prices will vary, so shop around.

Tradition has established guidelines forwording invitations, although today many variations are used. However, the general information remains the same. Once the wording is determined, the size and style of the lettering is selected from a wide variety available.

Your invitations should be neatly hand-written, never typed. Calligraphy is a trend that is enjoying popularity these days. It is a perfect solution for the busy bride. A calligrapher will not only address the invitations, they also stuff and mail them. It is recommended that you contact a calligrapher several months in advance so that they can schedule your order.

You have waited your whole life for your big day…so cherish every moment with a wedding video documenting all the day’s excitement. Thousands of dollars are spent on wedding materials that you will only use one day…the rented tuxedos, the hall, the food that is eaten, the flowers…the list goes on and on. In the coming years, you will have only your memories of the day with a few pictures along the way.

Brides often realize too late that they miss much of their day. Anxiety, friends and family are often so much to take in, that the couple simply cannot fully enjoy all the activities of the day. The biggest day of the bride’s life is actually spent waiting to make her grand entrance. Meanwhile, half of the ceremony is over. The singers, candle lighters, Mothers, Grandmother, Bridesmaids, Groomsmen and children have all made their way down the isle. The bride never saw any of it!

Photography is fantastic! However, it catches only a glimpse of the day. Videography is a must for every bride who cares about the day. Along with video, we capture the music, emotion and sounds of the day. Video is able to capture moments that will be cherished forever. The Father’s toast, the bouquet toss, the bride’s entrance down the isle, or that long awaited kiss.

Once your day is gone….it is gone forever. Many brides come to me wishing they would have had a video of their day. The value of a video increase as the years go by….Children grow, people change, and unfortunately people pass on. I have never seen a bride who wishes she had not had the presence of mind to hire a Videographer. Capture all the traditional elegance and un-expected surprises that make your big day memorable.

The Bride:
•Wedding ring for the groom (if it is a double ring ceremony)
•Wedding gift for the groom
•Presents for the bridal attendants
•Personal stationery
•Accommodations for her out-of-town attendants
•Her physical examination and blood test

The Groom:
•Bride’s ring
•Wedding gift for the bride
•Marriage license
•Gifts for best man and ushers
•Flowers: Bride’s bouquet, going away corsage, corsage for mother’s, boutonnieres for men in wedding party
•Accommodations for out-of-town ushers or best man
•His physical examination and blood test
•Gloves, ties, or ascots for the men in the wedding party
•Fee for the clergyman
•Honeymoon
•Optional: Bachelor dinner

The Bride’s Family:
•The entire cost of the reception: rental hall (if reception is not held at home), caterer, food (including wedding cake, beverages, gratuities for bartenders, waiters, music, decorations and flowers
•A wedding gift for the newlyweds
•Bride’s wedding attire and personal trousseau
•Wedding invitations, announcements and mailing costs
•Fee for engagement and wedding photographs
•Ceremony: rental of sanctuary, fees for organist, soloist or choir and sexton (often included in charge for premises but if not, there are set fees), aisle carpets and/or canopy and any other costs for decorations
•Bridesmaids’ bouquets
•Gratuities to policeman directing traffic and/or parking
•Transportation for bridal party from the bride’s house to the wedding ceremony and the reception
•Bridesmaids’ luncheon

The Groom’s Family:
•Clothes for the wedding
•Any traveling expenses and hotel bills they incur
•Wedding gift for bride and groom
•Optional: Rehearsal dinner or any other expenses they elect to assume

The Attendants and Groomsmen:
•Their wedding attire
•Any traveling expenses they incur
•Wedding gift for the couple
•Showers given by the Maid of Honor and/or Bridesmaids
•Bachelor Party given by the Bestman and/or Groomsmen

The Guest:
•Any traveling expenses and hotel bills for themselves
•Wedding gift for the couple

These are all of the things that a Professional Bridal Consultant (PBCtm) hears on a regular basis from 90% of the couples out there. After the wedding about 80% of the same ladies or people that were associated with the couple throughout the process will say to someone, “We should have had a bridal consultant, I don’t care how much they cost, and we should have met with that one lady.” “Susie Bride was so stressed out that she added a new meaning to the word Bridezilla.”

Don’t be a “should of, would of, and could of couple.” Spare everyone’s feelings including your own and hire a Professional Bridal Consultant (PBCtm). It is ok to ask for help and in the long run, you and everyone that knows you and the groom will be glad that you did! Even if you are the classic “control freak” you need help. Let me give you the top ten reasons to hire a bridal consultant:

– Call a PBCtm today, what can it hurt. Through education and communication you will learn exactly what a bridal consultant is and how you really do need one.